NGC 7814 is a bulge-dominated spiral galaxy. It is located about 40 million light-years away, in the constellation Pegasus. The galaxy is seen edge-on from Earth and sometimes referred to as "the little sombrero". NFDG results for NGC 7814 are shown below: the top panel shows the variable dimension D as a function of the radial distance R, computed with NFDG models. This dimension decreases from D=2.8 at smaller radial distances to D=2.4-2.5 at larger distances. This is typical NFDG behavior for galactic structures dominated by a spherically-symmetric component, such as the bulge one. Results for low-R values (below the gray vertical line) were extrapolated and are not completely reliable. Bottom panel: NFDG galactic rotation curves compared with SPARC data. There is perfect agreement between the main NFDG (SPARC) curve (green-solid) and the experimental data. This shows that, if this galaxy behaves as a fractal structure whose dimension D follows the green-solid curve in the top panel, the resulting NFDG circular velocity curve in the bottom panel (green-solid) will perfectly fit the experimental data, without any need of dark matter.

A bulge-dominated galaxy such as NGC 7814, might be characterized by a fractional dimension which is larger than the D=2 value that we observed for a disk-dominated galaxy, such as NGC 6503. This is due to the spherical symmetry of the dominating bulge component. In this case, the D=2 curve does not fit at all the experimental data, because the disk component is not the dominating one. The gas component is even less important in this case. See my third paper (published version) for a full discussion of this galaxy. 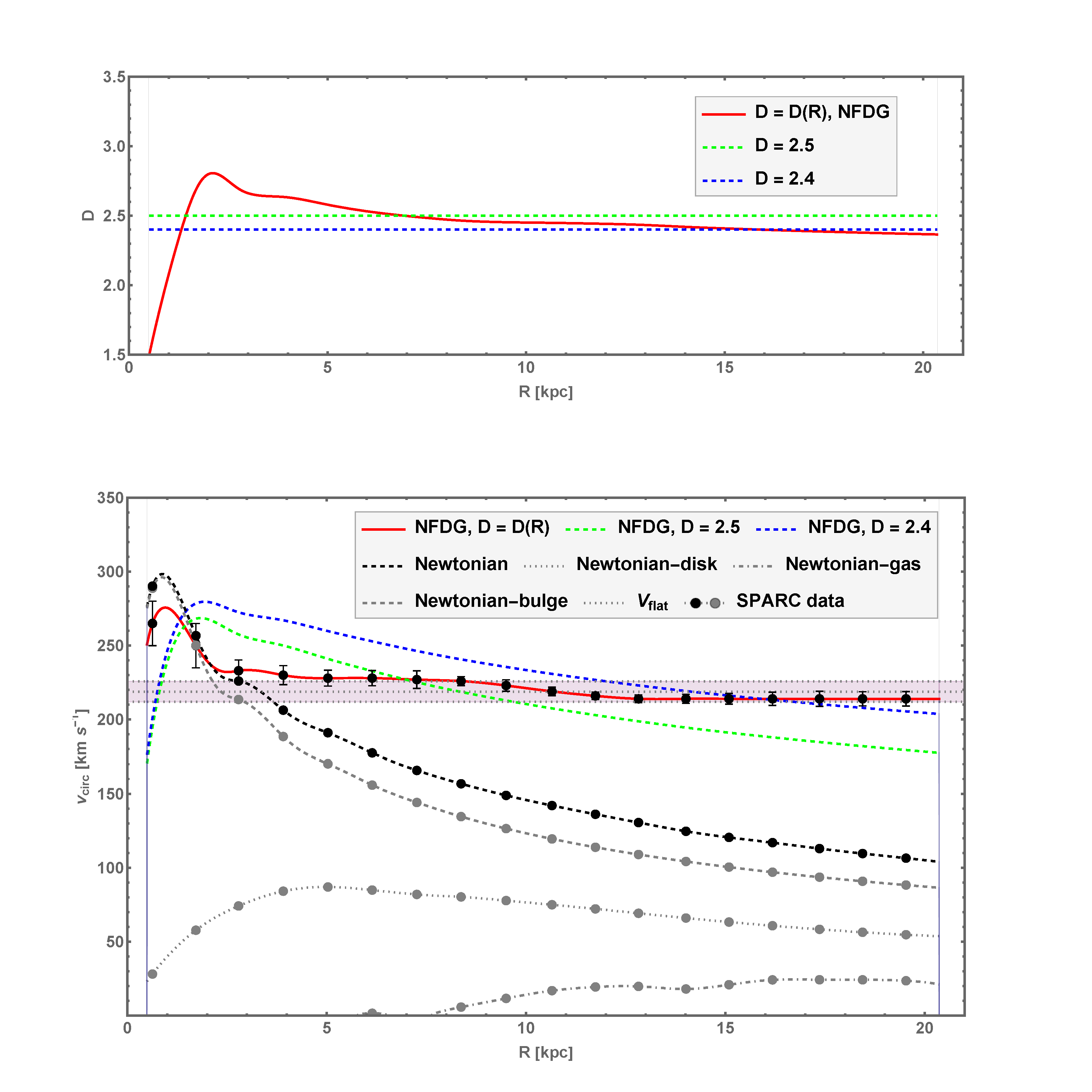